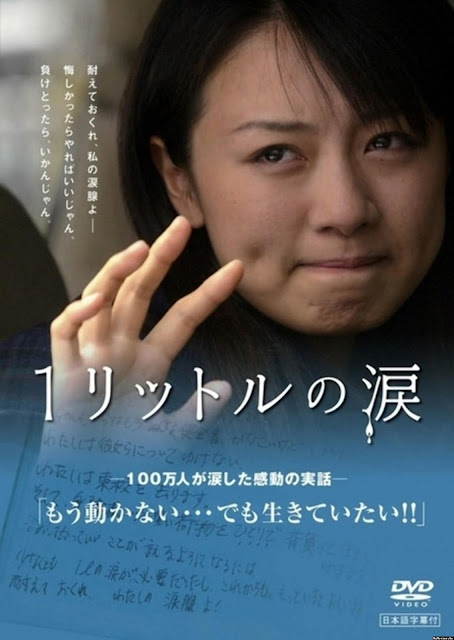 Summary:
This drama is based on the real-life struggles of a 15-year-old girl named Aya who suffered from an incurable disease, but lived life to the fullest until her death at 25. The script is based on the diary Aya kept writing until she could no longer hold a pen. The book that later followed, entitled, One Litre of Tears has sold over 1.1 million copies in Japan alone.

Fifteen-year-old Ikeuchi Aya is an ordinary girl, soon to be high school student and daughter of a family who works at a shop that makes tofu. As time passes, unusual things start happening to Aya. She begins falling down often and walking strangely. Her mother Shioka, takes Aya to see the doctor, and he informs Shioka that Aya has spinocerebellar degeneration – a rare disease where the cerebellum of the brain gradually deteriorates to the point where the victim cannot walk, speak, write, or eat. A cruel disease, as it does not affect the mind.
Drama name: One Litre of Tears
1リットルの涙

2 thoughts on “1 Rittoru no Namida”