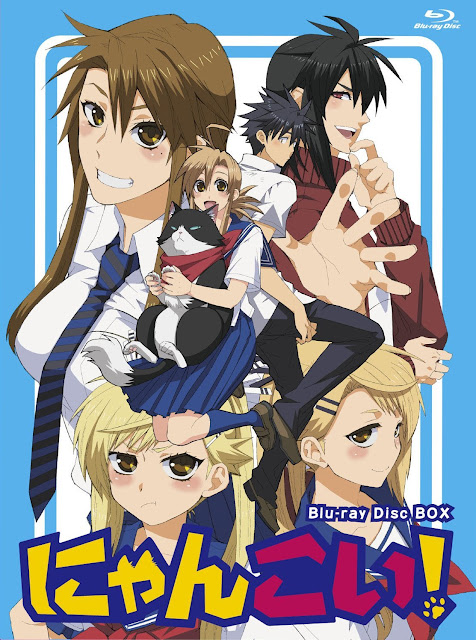 Summary:
Junpei Kousaka is a second-year high school student who has an allergy for cats—a predicament that has made him hate cats and everything related to them. Unfortunately for him, though, he is surrounded by cat lovers: his family, his estranged childhood friend, and even his crush Kaede Mizuno.

One day, while returning home from school, Junpei nonchalantly attempts to kick an empty can into the trash, but miserably misses. Instead of making it to the garbage, the can ends up breaking off the head of a cat deity statue. That fateful day, he is cursed with the ability to understand cat speech. However, he must keep his curse a secret from everyone else, because anyone who finds out will become more accident-prone and share the same fate as him.

With the guidance of his cat Nyamsus and with no other choice left, Junpei now has to do a hundred good deeds for cats to lift the curse. If he is unable to complete this task, he will turn into a cat, and considering his allergy, that would be a death sentence for him!
Anime name: Nyan Koi!
にゃんこい！