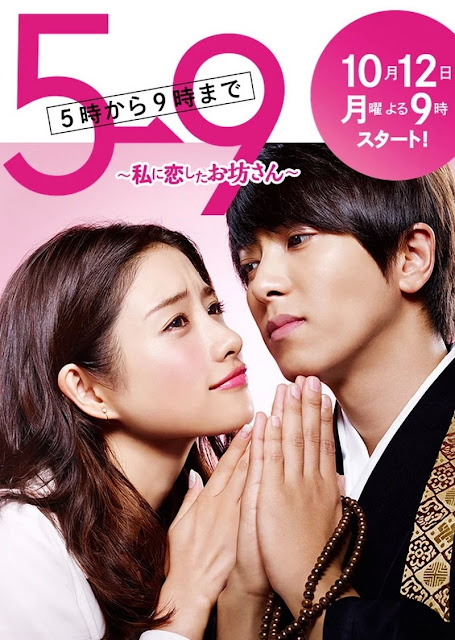 Summary:
Sakuraba Junko is a part-time teacher at an English conversation school who dreams of one day working in New York. Junko strives hard to achieve her dreams, but New York seems a far distant reality. And she hasn’t had much luck with romance for a while either. But things suddenly start to change when one day, Junko encounters a handsome Tokyo University graduate monk Hoshikawa Takane at a funeral service. Due to numbness of her legs after sitting for a long time, Junko accidentally knocks over the bowl of ashes, which falls right onto the head of Takene—probably the worst impression anyone could make. After such embarrassing mishap, Junko figures she would never see him again. However, the two end up meeting again in a matchmaking session that was set up by Junko’s mother.
Drama name: 5-ji Kara 9-ji Made5-ji Kara 9-ji Made
5時から9時まで